The Petrified Forest, about 20 million years old, is one of the two largest of its kind in the world. Located in about 30 minutes drive from the village, it is a protected natural monument and a member of UNESCO’s Global Geoparks Network. It includes the Natural History Museum of the Lesvos Petrified Forest, one of the most impressive museums in Greece.

Vigla, the acropolis of Ancient Eressos, is located on the top of the hill over the harbour. The castle was erected during the Archaic period. The ruins of its walls and fortifications are also dated back to the Hellenistic, Roman, Venetian and Ottoman periods. The spot offers magnificent views to the sea and panoramic view to the village.

Eressos, also called “upper village”, is 4km away from Skala Eressos. In the beautiful square with the large plane trees you can enjoy Greek coffee prepared on embers and taste the traditional Greek cuisine.

The Archaeological Collection of Eresos opened in 1962 and features unique artifacts from the Archaic, Classic and Hellenistic periods of antiquity, such as black and red-figured lekythoi of the 6th and 5th centuries BC, unguentariums (perfume containers), ancient coins and grave reliefs.

The Ipsilo monastery, which houses rare religious manuscripts and the vestments of the Patriarch Gregory V of Constantinople. The Pithario (or Taxiarches) monastery, with history from the 16th century, is located next to an artificial lake.

The “Theofrasteion” school, one of the most beautiful of its kind in Lesvos, with many neoclassical elements. It was built in 1929 and today houses the local Kindergarten, the primary and the high school. 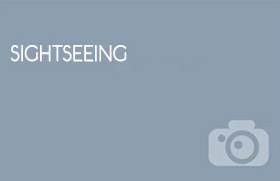 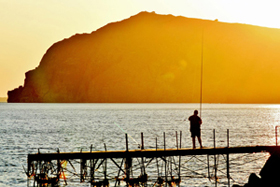